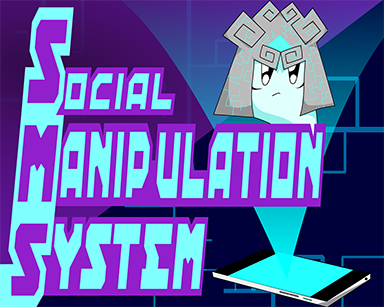 Senior game project at the University of California, Santa Cruz. Over the course of three quarters I worked with a team of five game developers to prototype, design, and develop a video game. It is a puzzle-adventure game where you play as a ghost trapped inside a smartphone. You read and manipulate the character’s smartphones to solve puzzles and advance the story.

As lead game designer, I turned our initial concept into gameplay. Observing playtests of early versions of the game, I refined and iterated on mechanics to support the overall experience and story. 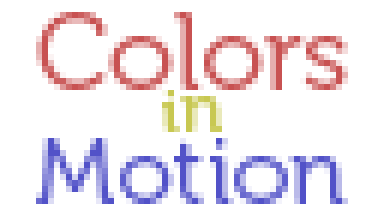 Colors in Motion is an action-puzzle game I made with a fellow student as a final project for a game design class. We worked together to design the puzzle-action gameplay that I then implemented in GameMaker Studio.

After several revisions we nailed down the core mechanics of manipulating blocks into goals, then to further improve the game we added story and puzzle progression mechanics to keep the player motivated. We playtested the game multiple times, refining level design and finding ways to make it clear to the player what their goal is and how they can accomplish it.

A Leaf on The Water 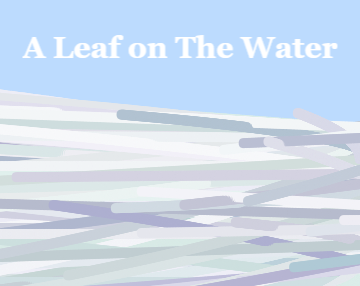 A small experimental game created as a project for my game design class. I wanted to recreate the contemplative feeling of watching a river and seeing a lone leaf float by. So I created a slow endless runner that is focused on planning ahead and understanding the flow of the river instead of twitchy action gameplay. I developed the game using the Phaser JavaScript framework.

Play it in the browser.

I worked directly with a local support group to build them a website. I designed and implemented a flexible CSS layout that responsively adapts to both phone and desktop web browsers. To help them update the site, I wrote a simple content management system using Ruby on Rails. The site was well received and I still work with the organization to make additions to the site.

I collaborated with the owner of a local auto detailing company to design and build an ecommerce site for their business. After identifying what the company needed, the site’s design was iteratively refined with direct feedback from the client. The company had no online presence when they first contacted me, so I also helped get their business listed on sites such as Facebook, Google, and Yelp to increase their discoverability. After building the site using a static site generator, I continued helping the business periodically update their website and social presence.

An in-progress redesign of a popular video game fansite. Working with the site admins, I proposed designs and implemented them in the site’s custom PHP backend. Then, rewriting the existing site’s SASS stylesheets, I implemented many iconic visual elements from the game franchise. The site is designed with mobile layouts in mind and has been tested across a wide range of web browsers and devices. 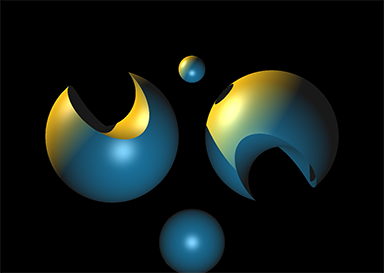 A shader tech demo created for my game graphics class. Instead of rendering the scene using traditional rasterization techniques, I used WebGL and Three.js to create a shader that uses signed distance functions and ray marching to render the scene and project it onto a fullscreen quad. Lighting is rendered with Phong lightning, with shadows implemented by reusing raymarching to check whether lights are occluded. 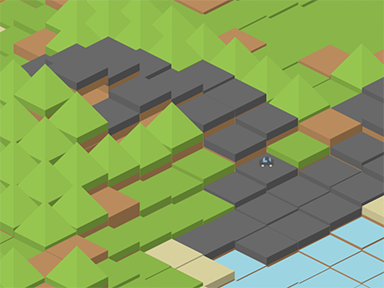 As part of a project for my procedural content generation class I generated a near-infinite landscape with a contiguous road running through it. Starting from a seed input, I used Perlin noise to create a seed-unique set of rolling hills and valleys that make up the landscape. Generating the road was a more difficult challenge and required thinking outside the box. The algorithm I came up with was to use polar coordinates to draw a line from the origin, this let me use Perlin noise to very its rotation based on its distance.